Sticky Post By cburnham Posted in Training With No Comments Permalink
November 22, 2010 cburnham

In case you missed it, check out the first article in the series here.

So now that we have the basic terminology down let’s get into the nitty gritty of the analyzing a power file.  Note that the graphs I show here all come from either a premium Training Peaks online account or from the WKO+ software.  It is possible to do this kind of analysis with another kind of software or with just excel but for me personally it usually ends up like this:

In other words, the Training Peaks software makes it easy.

Before I begin to even get into the details of a power file I like to review the workout’s goals.  What was the plan for the day?  You do have a plan right?  If it was a race or group ride I like to read through the race/ride report first before getting into the data.  Hearing the story behind the data is key to providing some context for the data.

After reviewing the goals of the day, the first thing I look at in a power file was how stressful was the ride. The best way to do this is to look at the training stress score (TSS) for the ride and compare that to the athlete’s chronic training level.  If your chronic training level is at 55 TSS/day and your ride was a 150 TSS then it is safe to assume it was a pretty stressful ride.  Looking at kilojoules can also be useful if you are new to using power or don’t have a lot of recently recorded data although I find TSS to be a better gauge of overall ride stress once you have a decent data set.  The intensity factor (IF) will also give you an idea of the overall intensity of a ride and is a good indicator to see changes in your functional threshold.  If you do a hard group ride, race or workout longer than an hour and notice an IF nearing a 1.0 then that is a good indicator your threshold has shifted upward.  Its important to note that keeping an accurate measure of your threshold throughout the season is key to keeping all these metrics accurate.

The file below was taken from a hard circuit race.  This athlete was at a chronic training level of 98 before the race and we had estimated his functional threshold at 375 watts.  If we just looked at TSS and kJ we would think the workout was just moderately hard but the intensity factor tells a different story.  This was an extremely hard effort for this athlete.  An IF of 1.036 is a good indication that his threshold has shifted upward as well which isn’t all that unusual for ‘A’ priority races since the athlete has gone through a good taper before the race.

Note the highlighted kJ and TSS figures above.

The next thing I review in a file are periods of significant power output.  If it was an interval workout I look at the efforts in comparison to the prescribed power.  The prescribed workout for the file below was 420 – 430 watts for four 5 minute efforts.  This athlete did a great job in keeping these efforts in the prescribed zone. Its important when looking at intervals to review the pacing of the effort as well.  Effective pacing warrants a whole article in itself but basically I want to see a good consistent effort for the time frame without the power dropping off at the end.

Intervals always look so much easier on a graph then they feel on the bike...

If the ride was a race or group ride I look at the mean maximal power (MMP) outputs, basically the best power output for set time periods.  This gives us a good indicator of what energy systems were stressed during the ride and how the key efforts compare to past efforts.  Looking at MMP numbers from a variety of durations can also give us a good idea of weaknesses we need to address.  For example, if during a group ride or race you are able to stay with group through harder longer climbs of 10min+ but get dropped on shorter 2min hard efforts than it can be a good indicator that you need to work on anaerobic ability.

In the race file below there were two key selection points.  The first was a 2 minute 508 watt effort that shattered the field.   This athlete made this selection.  The second key point of the race was a 1 minute 623 watt effort near the end of the race that was the winning move.  Our athlete didn’t make this selection and got dropped.  To be fair though, no one else made that selection either as the winner went solo for the last lap of the circuit race.  This could be an indicator that the athlete should be working on increasing his power output for a minute, increasing the number of times he can go hard for a minute, doing hard one minute efforts after burning approximately 1400kJ (what he had done at the time of the max 1-min effort), or a little bit of all of them.  That is something that can be determined by looking at multiple race files and evaluating the athlete’s strength and weaknesses.  This is where a coach can be extremely helpful in providing an objective evaluation of a rider and help structure their training to address weaknesses.

Hopefully this eliminates some of the confusion from all those squiggly lines.  There is definitely a lot more information to be learned from power data and in future posts I will go a little deeper into the power data wonderland… 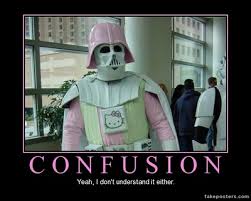